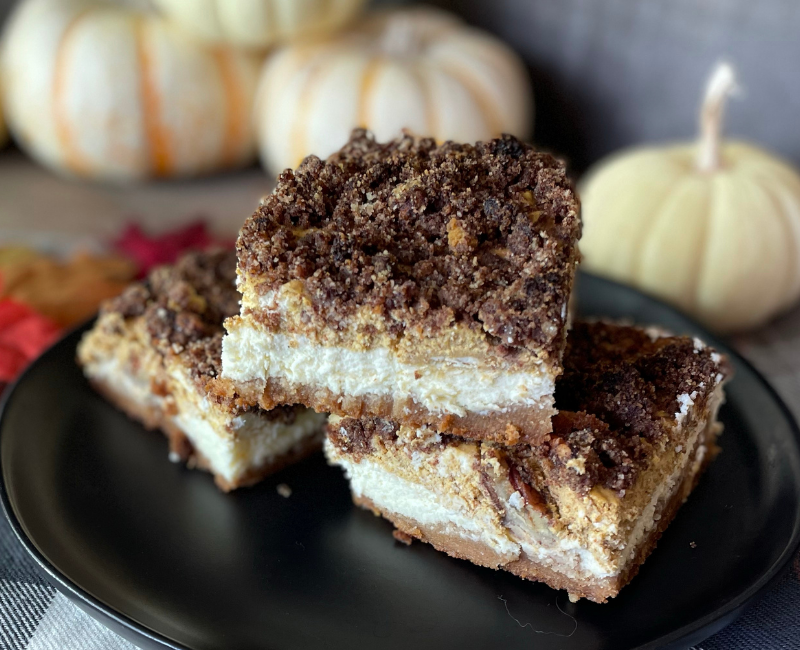 I really only have one word for these Pumpkin Cheesecake Bars….YUM! I love that cheesecake is sweet without being too much, and these are exactly that! Obviously a great Fall dessert when we jump into “all things pumpkin” season! I will add, though, that these are also not overly “pumpkiny”. There really is the right blend of flavors and sweetness and I really don’t think anyone would miss the crap sugar that spikes your blood sugar!

For the Pumpkin Layer:

For the Pecan Topping:

Preheat your oven to 350F

For the crust: stir melted butter, almond flour, sweetener and pumpkin pie spice together. Lightly press the dough into the bottom of an 8×8 pan lined with parchment paper and bake for 7 minutes.

Allow the crust to cool completely before adding the other layers!

For the cheesecake layer: Combine the cream cheese, eggs, 1/2 cup keto confectioners sweetener and vanilla in a mixing bowl and beat with an electric mixture until completely smooth.

When the crust has cooled completely, spoon out half of the cheesecake mixture and spread evenly over the crust.

For the Pecan topping: Combine the butter, pecans, almond flour, keto brown sugar and cinnamon in a blender or food processor until a crumb mixture forms. Sprinkle over the cheesecake.

Allow the cheesecake to cool completely and chill at least 2 hours before slicing. 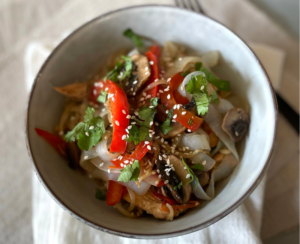 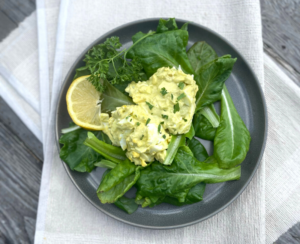 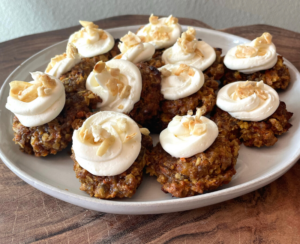 Ready to Reach Your Goals?

If you are a woman who struggles with hormone imbalance, adrenal fatigue, thyroid issues or you’re just tired of being tired and need some support and direction; I invite you to join me over in my FREE Facebook community for women.

I provide certified functional health coaching to help you reach your goals through fitness, food and wellness products. My unique investigative approach to client wellness helps make a plan that works.